This is related to my previous post about installing things on my Private-Hosted agent that I use for my VSTS builds.

So there is a website that lists all the software that is installed on the machines that run the Hosted VSTS agents and it is here and is updated daily:

It has made me re-think my strategy about my on-premises builds — I have thought about splitting off my SSDT build steps into their own process — running on my agent and the other stuff running in Hosted.

However — one thing I did implement just recently was doing builds in parallel — which took my build from 34 seconds down to 9 seconds. 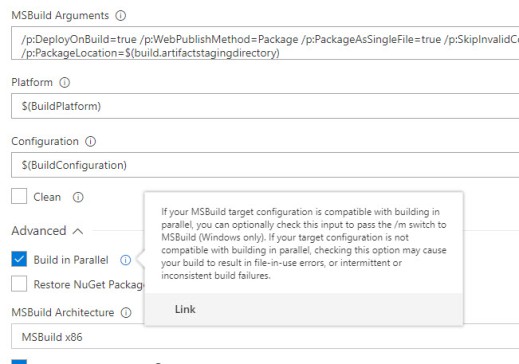 Now that might just be the tipping point for going back to Hosted VSTS Builds….